Part 4 in this series of 7 short articles.

Productivity often suffers in unhealthy companies. Deadlines are missed as standard. Financial results and other measures undershoot expectations. People - and the company as a whole - fail to achieve their full potential.

There are some exceptions, but these tend to be short lived. We have encountered one very unhealthy environment where the monthly financial results were strong. However, it didn’t take long for the aggressive focus on short-term targets to impact on stability; staff turnover hit 40% over three months, with the result that profitability and service levels cratered.

Healthy companies have a more organic approach to growth. They are growing, certainly, but at a pace and in a way that is sustainable, consistent and with a keen eye on the long term. Leaders of such companies will often give up short-term rewards, recycling resources into the company for future resilience and future returns - even when they might not benefit personally from those returns. The very best manage to achieve some short-term wins at the same time as working towards long-term wins, an approach brilliantly articulated by David Cote, former CEO of global industrial conglomerate Honeywell, in his book Winning Now, Winning Later.

Failing to meet deadlines can also be a symptom of:

Healthy leaders, people and companies are productive in a way that’s sustainable, repeatable and consistent.

To read about the fifth symptom of a sick company, click here. 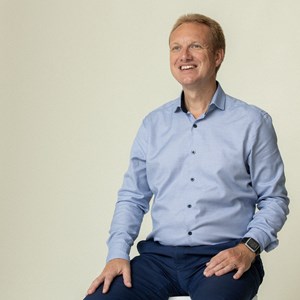