Integrity and The Code of Silence

The Code of Omerta and the World of Employment

For those not familiar with the Mafia’s Code of Omerta, it is the code of silence when dealing with the government; it refers to the idea of a man dealing with his problems without the help of a law body.

But the Code of Omerta is not just limited to the Mafia.

The Weinstein revelations, Kevin Spacey’s alleged misdemeanours and the tidal wave of the ‘Me Too’ campaign have truly rocked the world of employment. These are the perfect real-life examples of the Code of Omerta in action.

What is remarkable, assuming that some or most of these allegations are well founded, is the reluctance of anybody to raise these issues legally or in the public forum for many years.

Often these have been failures of the system, not just one individual.

It is only now that many shamefaced executives are coming forward, stating that they knew about it and had challenged it privately in the hope that the behaviour would cease; clearly, they were wrong.

The Door is Always Open

Some argue that this is the nature of such supercharged professions within the performing arts; that in our more regulated and arguably more mundane organisations such outrageous behaviour is far less likely to happen.

Senior managers tell me that their door is always open, they are prepared to listen and direct me to their well-written and extensive grievance procedures that provide a clear process by which such concerns can be raised.

However, if you believe that all is well with grievance procedures, which of course go hand in hand with whistleblowing, then I fear you may be disappointed.

A few years ago, I attended a major CIPD event with approximately 100 guests from the HR profession. During the event they were asked two questions:

The first question saw a sea of hands shoot up; the second, however, saw only one hand raised.

We see this time and time again in Employment Tribunals where witnesses believe that such procedures have little merit. They feel that if they were to use them, they would be labelled as troublemakers and be managed out the door as soon as possible.

What does this say about the integrity, or perceived integrity, of senior leadership in many organisations?

I believe the great majority of leaders in organisations, large or small, would argue that this is merely a perception, that they do conduct their role not only in compliance with the rules and regulations but also within their own moral compass.

However, if they wish to make this claim, then I feel they must undertake some personal reflection as to how their behaviours in the workplace are perceived by their subordinates.

You may recall Oprah Winfrey made one of the most inspirational speeches of recent times at the Golden Globes awards.

Such was the force of this speech, she is being spoken of as a Presidential hopeful in 2020.

Her quote on integrity is simple but powerful:

‘Real integrity is doing the right thing, knowing that nobody’s going to know whether you did it or not.’

To highlight my point, a small personal confession: many years ago I was a member of a senior leadership team that met on a monthly basis. All of us were in highly stressful jobs, working 50, 60 or 70 hours a week and sacrificing weekends to be on the plane on Sunday night to attend client meetings first thing on Monday.

It was clear within this group that there was an unspoken belief that the odd indulgence was justified.

When we met for a meal, we knew there were very reasonable guidelines as to what we should spend. Such guidelines should have applied to all company employees, no matter how senior or junior.

Nonetheless, there was a loophole in the guidelines:

‘On rare occasions, provision within the meal may exceed the maximum should there be a special reason.’

It seemed every time we met there was a special reason; however, on reflection I think we would’ve been hard pressed to demonstrate a special reason on a monthly basis. Nobody questioned our submitted expense claims; our managers simply signed them off without challenge.

I hasten to add that this was not forbidden, but we fell short of our standards of integrity both as individuals and as a leadership team.

We held our junior employees to these guidelines, yet on many occasions failed to do so ourselves. No junior ever challenged us, of course; if they had they would've been trying to speak truth to power.

In my opinion, we cannot rely on policies and procedures alone for regulating employment issues; they are necessary and support a defensive strategy but are not sufficiently proactive.

To achieve high standards in these vital areas, we need to ensure our work cultures support both personal and group integrity.

Continual growth is key to creating a strong and supportive culture; the ‘DREAMS’ mnemonic is one leaders and organisations should aspire to:

D is for Difference and the aspiration that employees can work in a place where they can be themselves.

R is for Radical honesty and the organisation’s commitment to keeping employees informed as to what is really going on.

E is for Extra Value and that the organisation is committed to making employees feel valuable and supporting their self-worth.

A is for Authenticity and the desire of employees to work for an organisation that truly stands for something.

M is for Meaning; employees want their day-to-day work to be meaningful and valued.

S is for Simple Rules. Employees do not want to be hindered by stupid rules.

These are the six simple principles. Rules needn’t be as complex as you think, because when rules are well understood they are often seen as simple. It is when they aren’t understood that they are considered to be stupid.

I leave you with the wise words of Warren Buffet, one of the most successful investors in recent history:

‘You are looking for three things generally in a person: intelligence, energy and integrity and if they don’t have the last one, don’t even bother with the first two.’ 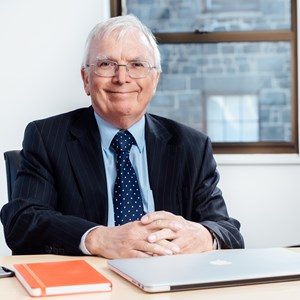