In our work with leaders, it is often the case that there are ‘defining moments’ when values and ethics are put to the test. These moments are often pivotal in shaping the direction and actions of leaders. Here, we share defining moments from Major General Patrick Marriott, Kaaren Welsby and Phil Eyre. 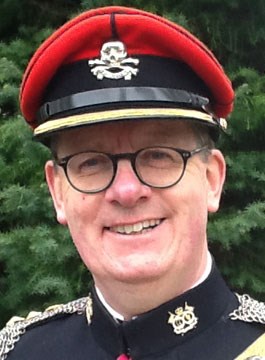 I’ve had quite a few defining moments but perhaps the most prominent is when, for once, I made a good decision.

In the Army you get one invitation alone to promote to major general. The Chief of the General Staff personally offers you a specific job. When my call came I was offered a good job in Germany where I had just done seven out of nine years.

Germany was not an easy posting for families. Wives saw little of their parents and civilian friends and found it difficult to get jobs. Officers' children were often at boarding schools and only seen at holidays.

However, the post would have been great and becoming a general is pretty special. So, I paused and then declined the offer very, very gently. There was a rather tense silence. I knew, and still know, of no other officer who had turned down the head of their service.

He opened with, ‘Patrick, we've looked once more. You know we never really do that, but we've made an exception and we'd like to offer you Sandhurst. Please don't say no.’

The rest, I suppose, is history, well my little history anyway.

It took the kerfuffle to teach me properly the importance of family. If my parents are on a cloud, I think they'd have had a good long gin, and smiled. 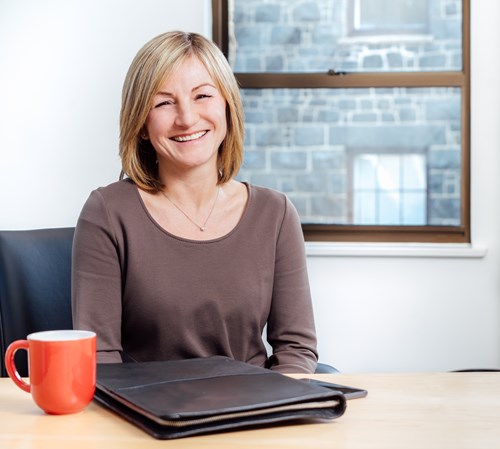 In life, there are sometimes those ‘sliding doors’ moments in which a decision could go one way or the other - and the two outcomes and your life after that will be very different.

There have been many times when I have come to a crossroads in my life and wondered which direction to take.  Equally, I have made what have seemed like easy choices without realising how much they would impact my life in the future.  Joining the military was one of these.

Back in the mid-1990s, I remember seeing an advert for the Army in the Sunday Times Magazine. The advert showed a woman in a combat jacket, sitting in the snow with a mess tin full of beans.  And quite out of the blue, I thought: ‘I could do that.’ The image was of course completely unrealistic – lots of makeup, glamorous hair and no warm kit – but I remember thinking ‘that looks good – and quite easy.’  I still have no idea what it was that caught my imagination.

At school, we had visits from Army careers advisers who showed films at lunchtime of women in the Army.  The footage depicted ladies typing, nothing else, in different locations, the changes indicated only by the difference in the length of their shirt sleeves.  It did not look exciting at all. But the snow and beans image appealed to me all those years later.

I remember equally distinctly my family and friends laughing at the idea of me joining the Army.  They thought it was absolutely hilarious, ridiculous and apparently out of character. I had not been sporty, or team focused at school, nor particularly organised, or especially neat and tidy, and I had always lacked self-confidence - all the attributes that people think you should have if you want to join the military.

It sounds very clichéd, but when I did join up, it felt as if a missing piece had finally slotted into the jigsaw of my life.  I felt ecstatically happy and as if a completely different world of opportunity had suddenly opened up to me. At the relatively late age of 26, I found what I was really ‘meant’ to do in life.

22 years later, I still feel like that.  In reflecting on that defining moment, I feel so lucky to have been given a chance to do so many different things and to meet so many amazing people as a result of stumbling across that clumsy piece of advertising.  Best of all, when I became an Army careers adviser myself I was able to debunk the myth that there is a ‘typical’ Army recruit. The not-sporty one, the not-confident one, the woman in the snow with the beans – and me. 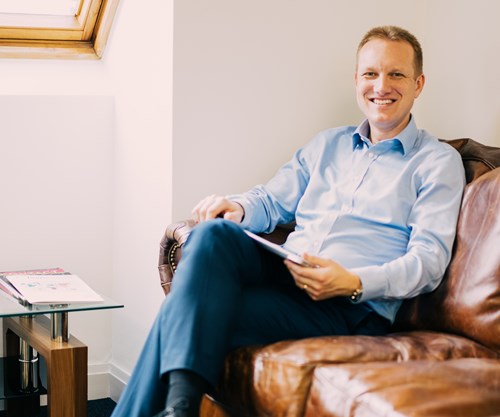 I cut my career teeth in the financial services industry, working for a stockbroking and investment management company. I thoroughly enjoyed the fast-paced, entrepreneurial environment, the mental challenge of seeking investment opportunities for our clients and being attuned to stockmarket and economic signals. However, the most defining moment of my career was my resignation.

Despite the exceptionally strong ‘inner’ sense that this was the right thing to do, the actual point of bringing myself to resign was not as straightforward as I might have hoped. I enjoyed the work I was doing, I liked my colleagues and the financial rewards were significant. The potential to be ‘recognised’ and make a name for myself were quite high. I hesitated for a few weeks, as I wrestled with doing the right thing rather than the comfortable thing.

I remember that it took some fortitude to write my resignation letter, arrange a meeting with my CEO and implement the necessary career change that some friends referred to as career suicide. My conversation with the CEO was clumsy and awkward. In what was more likely a symbolic gesture than a promise, he pulled out a cheque book, ‘just to make sure that this was not about the money.’

On reflection, I think it was in that moment that I knew I’d made the right choice.

I would like to say that this experience has made me a fantastic leader. The truth is that, whilst it has helped me to see some of my drivers, it has also served to show how flawed I am and how easy it is for ego to suffocate creativity and integrity.

Biblical wisdom says:  ‘First pride, then the crash. The bigger the ego, the harder the fall.’ (Proverbs 16 v 18). Any measure of humility is a daily battle for me; the defining moment of career change serves as a reminder that doing the right thing - going with my core values and unique sense of purpose - is the only way to prosper. The alternative is to crash.

I am grateful for the opportunities that my early career provided. However, in one of my more profound defining moments, I knew that I had to leave it if I was to pursue a deep desire to learn new things, specifically about what makes humans flourish.

About The Author | Phil 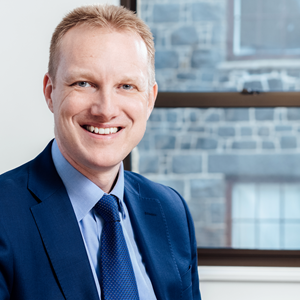 Phil is Leaders’ founder. He has an enthusiastic and inspiring style, drawing on his experience in business, academia and social sectors to help any leadership team to achieve phenomenal performance. Phil has sophisticated expertise in psychometrics and in the application of human data for individual, team and organisational success. He has trained with, and been mentored by, global leaders in this field, notably Dr Chuck Coker in the US. Phil began his career in the UK offshore finance industry in 1994, working for a wealth management company in Guernsey, Collins Stewart (CI) Limited, now Canaccord Genuity Wealth International. Phil was head of the company's Guernsey division, with a staff of 120 and assets under management of £4.5billion before resigning from executive responsibilities in 2008. Phil has served on the boards of three charities, including BMS World Mission, a UK charity with over 80 employees and a global reach. Phil also ran the Guernsey hub of a national theology college, received accreditation as a pastor in the Baptist Union of Great Britain and served as a non-executive director for Canaccord Genuity Wealth International. Phil is a member of the NED Forum and the Institute of Directors.